On Success, Failure, Daring and Never Giving Up 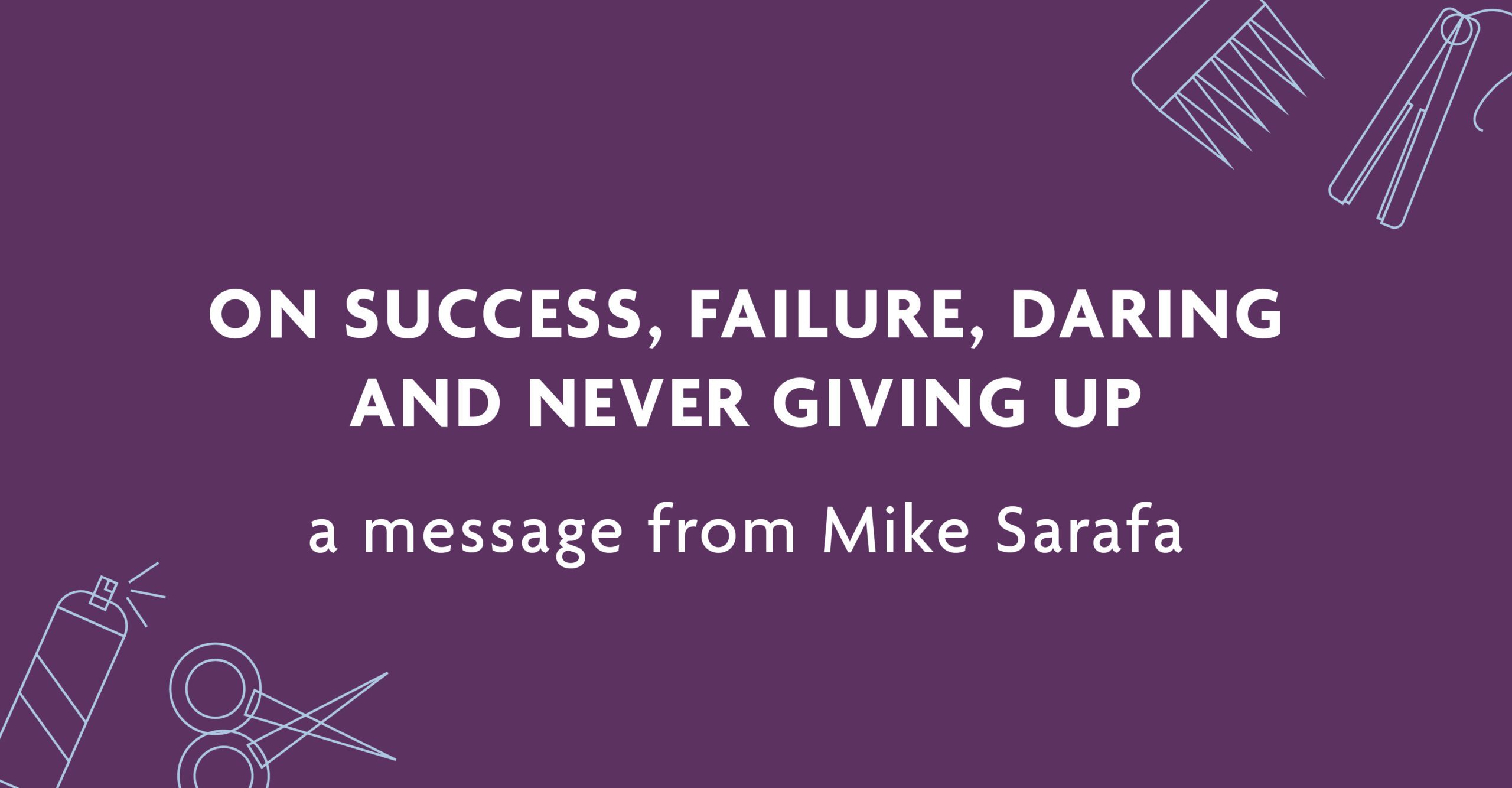 This month, I was inspired to share two of my favorite quotes about success and failure. So often we think about these two words as separate entities – you either succeed or fail. But as these two quotes so beautifully illustrate, success and failure are important counterparts that guide us to the end of whatever journey we may find ourselves on.

“Successful people fail. And they fail with frequency. They fail not because they’re not good enough, but because they were brave enough to show up.

Failure is one of the most misunderstood concepts in American culture. So often we see it as an end result. A negative. A blemish on our records. But failure is never an ending point. It’s a result—a mere event on the way to the final destination. You either fail before you succeed, or you fail before you quit. But you never have to stop at failure.

What you really have to sink your teeth into is the understanding that failure is the only way you learn. It’s the path to leadership. And whether you realize it or not, how you choose to confront failure will greatly determine your ability to succeed.

There is only one thing that makes a dream impossible to achieve: the fear of failure.”
— Paulo Coelhon

“It is not the critic who counts; not the man who points out how the strong man stumbles, or where the doer of deeds could have done them better. The credit belongs to the man who is actually in the arena, whose face is marred by dust and sweat and blood; who strives valiantly; who errs, who comes short again and again, because there is no effort without error and shortcoming; but who does actually strive to do the deeds; who knows great enthusiasms, the great devotions; who spends himself in a worthy cause; who at the best knows in the end the triumph of high achievement, and who at the worst, if he fails, at least fails while daring greatly, so that his place shall never be with those cold and timid souls who neither know victory nor defeat.”
— Theodore Roosevelt