A Career Worth Celebrating 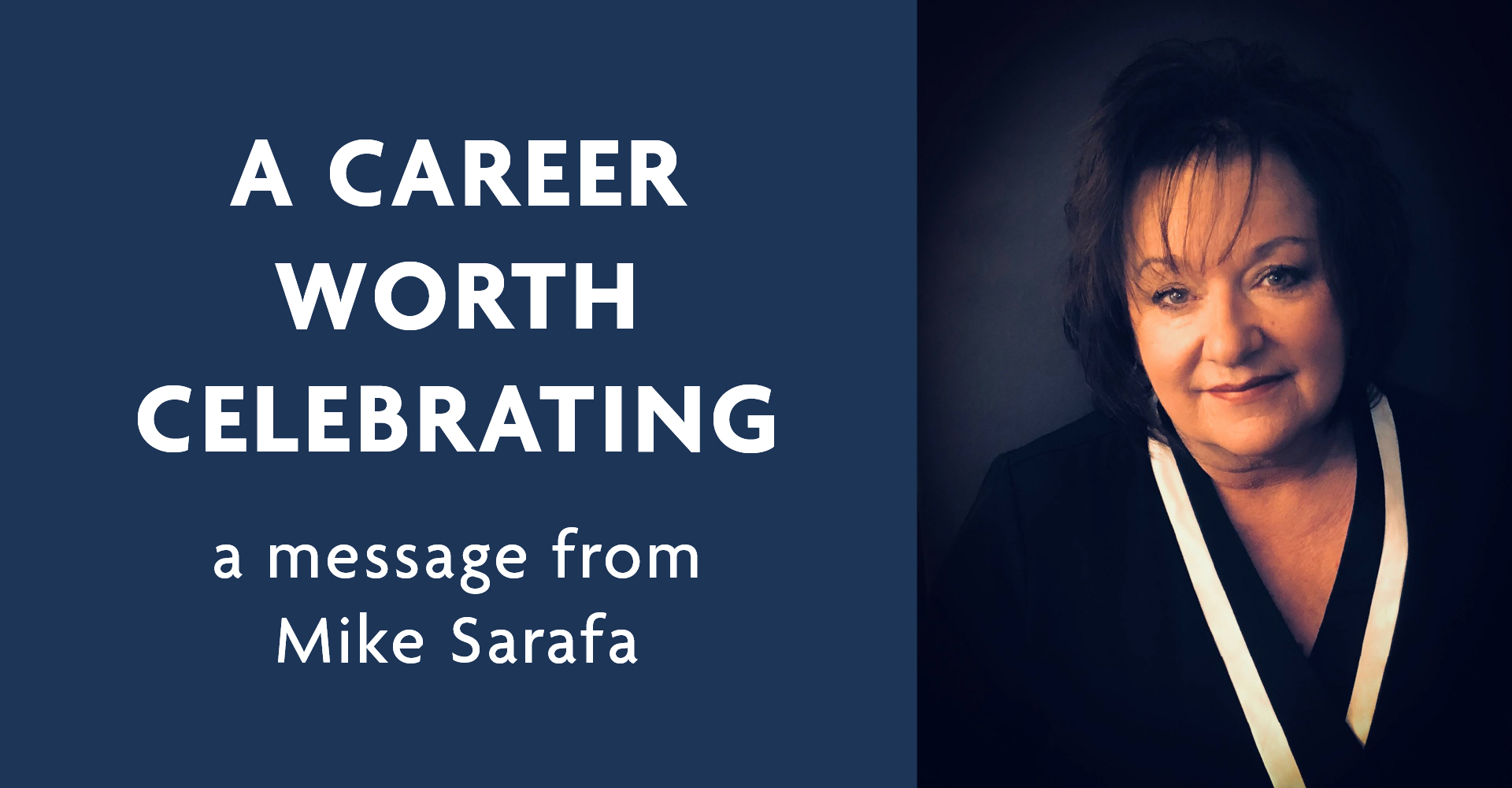 If we took a trip down memory lane and looked at the month of June in 1973, you would see:

Ron Turcotte, aboard Secretariat at the Belmont Stakes, wins in 2:24 minutes, becoming the 1st Triple Crown winner in 25 years…

…at the US Open Men’s Golf Tournament, Johnny Miller fires a record final round 63 (8 under par) to win his first major championship…

…in Detroit, a lawsuit is filed challenging Little League’s “no girls” rule…

…and finally, Pam Canter becomes a licensed cosmetologist in the state of Ohio.

These are the perfect historical markers for Pam, a long time Regis Corporation employee, who loves the cosmetology industry, has advocated for women and her teams her entire career, is an avid golfer, and an animal lover!

After a nearly 50-year career in the hair industry, Pam has decided to move on to the next phase of her life and take a breather from the daily business of leading hair salons. One of the most unique aspects and industry differentiators at Alline Salon Group our focus on employees’ career paths – particularly for those interested in leadership opportunities and advancement. Pam Canter is one of the best examples and role models that illustrates this path.

I think a quote attributed to Theodore Roosevelt can best summarize Pam’s leadership style: “speak softly and carry a big stick” – Pam always had exactly the right touch in every phase of her career.

Taking an opportunity to look back at Pam’s career shows just how amazing it has been:

Pam entered a Cosmetology program in her junior year of high school at the Ashtabula County Vocational School in September 197l. After completing the two-year course, she graduated and was licensed in June of 1973.

Pam worked in a few private salons before opening the Carriage House Hair Care Center in 1983 – named after the building it was in which it was located.  Pam operated her salon for 5 years before selling it to become an instructor with the Adult Cosmetology Program at Ashtabula County JVS. Pam remained in that position until 1992 before joining the Regis team as Salon Manager of a MasterCuts Salon in the Ashtabula mall.

Pam recalls the grand opening of that salon when they provided 150, $3 haircuts in three days!

During her time managing MasterCuts, Pam and her team received recognition based on topline sales and won awards that took her places like Hawaii, Spain, Ireland and Argentina.

Pam was soon promoted to Area Supervisor for the MasterCuts division in 2001 and, in the years that followed, led salons in Ohio, Pennsylvania, West Virginia, Maryland and Virginia.

She was then promoted to Regional Director in 2010 and at that time led not only the MasterCuts locations, but Bestcuts, Famous Hair, Fiesta, Borics and SmartStyle. This portfolio at its peak included 170 locations and 15 direct reports.

In 2017, Regis Corporation restructured and moved Pam to the SmartStyle Division where she led salons in Ohio, Pennsylvania and New York, until coming to Alline in September 2019 as a Regional Director for most of Ohio.

I want to personally thank Pam for her service, dedication, and loyalty to the Alline Salon Group family. Through some very difficult times – professionally and personally – Pam never wavered from her focus of being a caring and diligent leader for her team.

She is deserving of a peaceful and enjoyable retirement, more family time, and whatever new and exciting ventures come next for her.

Pam, congratulations, God bless and a giant thank you from all of us at Alline Salon Group!