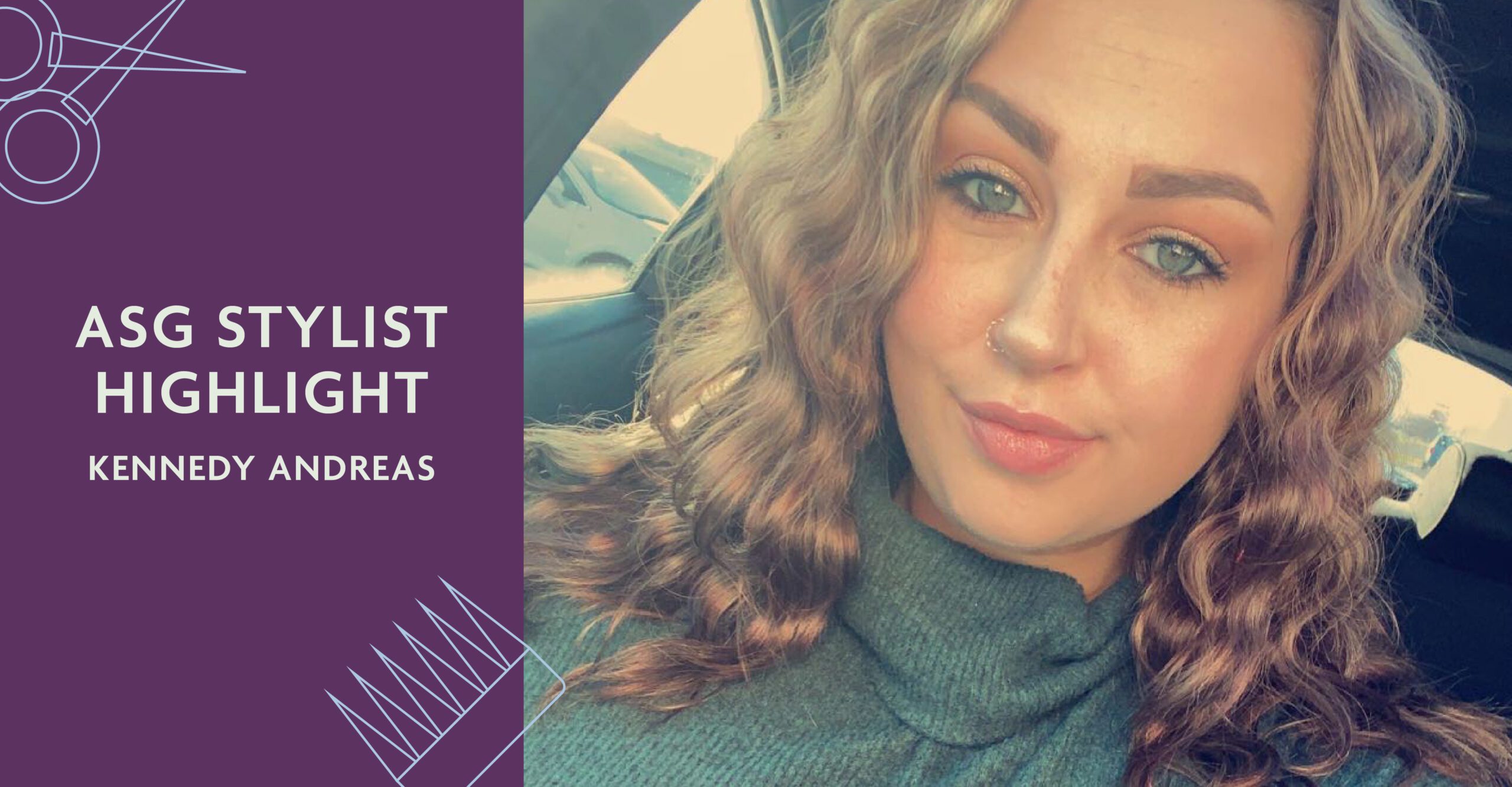 While Kennedy is relatively new to the Holiday Hair salon family, she’s been a stylist for over three years, having previously worked at Modern Edge Salon in Berwick, Pennsylvania. Kennedy’s career began a little differently than most. Initially, Kennedy attended school for four years with the goal of becoming an agriculture teacher. While she liked what she was learning, she couldn’t deny a strong calling to the beauty industry.

After completing the 10-month program at Jolie Beauty School, Kennedy knew she had found her true passion. Currently working at Holiday Hair in Bloomsburg, Pennsylvania, Kennedy enjoys the walk-in clientele and opportunity to be busy throughout the day. She also thrives on being creative when it comes to cuts and styles, with many of her customers embracing the current trend of fun, vivid hair colors.

Kennedy recalls a regular customer who had a baby and was therefore unable to come in as frequently. When this customer arrived for a long-overdue appointment, Kennedy could sense that she felt a little glum. When the hair appointment was complete, Kennedy saw a dramatic change in her customer’s mood. She left the salon feeling better about herself with a refreshed positive outlook. To Kennedy, interactions like this make her grateful to work in this industry, and specifically, at Holiday Hair.

“I love being able to make people feel beautiful and confident,” Kennedy said. “Being able to help people change how they feel about themselves with a simple haircut is what keeps me passionate about what I do.”

When she’s not working, Kennedy enjoys reading and spending time with her cats, Luis and Sofia.